This is according to results from the latest national NBC News/Wall Street Journal poll.

What’s more, six-in-10 Americans say they don’t trust Facebook at all to protect their personal information, the poll finds.

But the public also believes that technology in general has more benefits than drawbacks on the economy, and respondents are split about whether the federal government should break up the largest tech companies like Apple, Amazon, Google and Facebook.

“Social media — and Facebook, in particular — have some serious issues in this poll,” said Micah Roberts, a pollster at the Republican firm Public Opinion Strategies, which conducted this survey with the Democratic firm Hart Research Associates.

“If America was giving social media a Yelp review, a majority would give it zero stars,” Roberts added.

According to the poll, 57 percent of Americans say they agree with the statement that social media sites like Facebook and Twitter do more to divide the country, while 35 percent think they do more to bring the nation together.

And, continues NBC/WSJ, a whopping 82 percent say social media sites do more to waste people’s time, versus 15 percent who say they do more to use Americans’ time well.

But those numbers also come as nearly seven-in-10 Americans — 69 percent — say they use social media at least once a day.

The negative attitudes about social media are shared by Democrats, Republicans, men, women, urban residents and rural ones.

One variable, however, is age — with younger poll respondents less likely to believe that social media divides the country and spreads unfair attacks and rumours.

The NBC/WSJ poll also finds Americans are down on Facebook, with 60 percent saying they don’t trust the company at all to protect personal information.

Just six percent say they trust it either “a lot” or “quite a bit.”

By contrast, the percentage of Americans not trusting companies or institutions with their personal information is lower for Amazon (28 percent), Google (37 percent) and the federal government (35 percent).

And by a 74 percent-to-23 percent margin, respondents say that social media companies collecting users’ personal data to allow advertisers to target them is not an acceptable tradeoff for free or lower-cost services.

“If these were political candidates, it would be one thing,” said Democratic pollster Jeff Horwitt of Hart Research Associates. “But for companies, you’d think these ratings would be [more] on the positive side.”

Down On Social Media, But Upbeat About Technology

Despite these sour attitudes about social media, the NBC/WSJ poll shows that Americans are upbeat about technology in general.

Fifty-nine percent of respondents agree with the statement that technology has more benefits than drawbacks, because it means products and services can be cheaper and made more efficiently.

That’s compared with 36 percent who believe that technology has more drawbacks than benefits, because it means workers are being replaced by robots and computers.

And 60 percent of Americans say they feel more hopeful rather than more worried when thinking about the changes that technology might bring over the next five years.

Asked if the federal government should break up the largest tech companies – like Apple, Amazon, Facebook and Google – into smaller competing companies, 47 percent say they agree and 50 percent disagree.

The NBC/WSJ poll was conducted March 23-27 of 1,000 adults – almost half reached by cell phone – and it has an overall margin of error of plus-minus 3.1 percentage points, says NBC/WSJ. 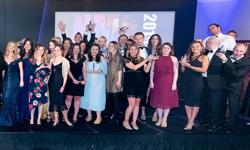 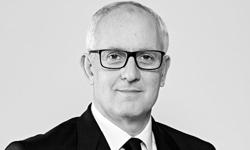 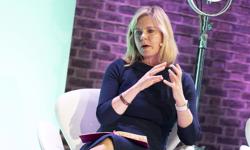 Time to hang up the old school tie 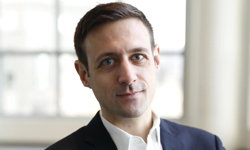 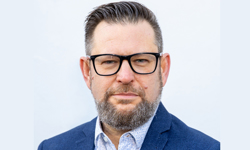 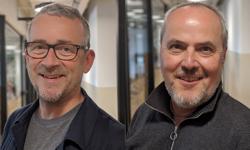 Nemorin looks to harness the power of AI with new appointments 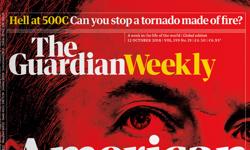 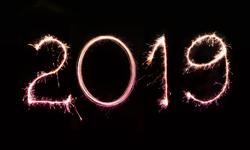