One of the few non-Covid news stories to gain any traction recently has been the Black Lives Matters protests, sparked by the killing of George Floyd.

While the focus has been on re-examining our past, health checking statues, and addressing present day discrimination, responsibility for putting things right does not just lie with the government.

There is a lot the media can do to create a more just society, by:

Putting the above into action would make a considerable difference to race relations in the UK. It shouldn’t be that difficult.

(Finally, did you catch this week’s InPublishing Podcast? It’s an interview with Basingstoke Gazette editor Katie French. It’s well worth listening to.) 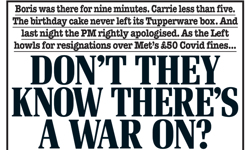