In a smooth performance, Google’s managing director for the UK and Ireland insisted that the billionaire tech company came in peace, was not a publisher in any conventional sense yet cared deeply about the future of news and wanted to be the best possible partner to the news business.

In addition, Harris purred that there was no advertising on Google News and when Google supplied advertising inventory to newspaper websites in every deal “without exception”, the publisher keeps the majority of the ad revenue “typically two thirds but often more”.

A few editorial eyebrows were politely raised at what sounded a bit like a parallel universe, but Harris added a dash or two of reality by way of explanation. Maybe if there was a bad guy out there, he implied but did not say, it was Facebook which operated in a different way, and if publishers thought advertising revenue sometimes seemed to leak away, perhaps intermediaries were to blame.

In his tweeted reaction to the Google lecture, Jason Kint, chief executive of Digital Content Next, the New York-based trade organisation representing digital content companies, was rather more blunt than polite. “BS” was his reaction to some of the Google claims, or as the term is better known in the UK – bullshit.

Kint accused Google, despite the latest “gob-smacking earnings,” of trying “to double-down on its arguments that their platforms are merely weather-machines innocently reading data rather than a major source of the media storm (facing publications).”

The Google executive had acknowledged that the open internet had turned business models on their heads posing new challenges for everyone. However, according to Kint, Harris “systematically tried to distance Google from any negative effect and control over the demise of news media and its societal consequences.”

The Google message was clear and coherent and almost certainly polished, at the very least, by Peter Barron, the senior Google communications executive and former editor of Newsnight who was in the audience.

If boiled down to tweet length, it would have said: “Google is much misunderstood – we might have got some things wrong in the past but look what we are doing now and we are really optimistic about the future of news.”

Google couldn’t practically be a publisher in need of regulation because it gave answers to an infinite number of questions every day, 15 per cent of which it hadn’t seen before. On Google-owned YouTube, 400 hours of video were uploaded every minute so if every piece of material on the open web were checked and lawyered in advance, even if this was desirable, it would break the internet.

The Google executive argued that a combination of machine learning and humans were getting ever better at identifying everything from terrorist content to hate speech and libel and taking it down.

Harris said it “just wasn’t right” to accuse Google and Facebook of “ruthlessly stealing” all the ad revenue.

Critics were conflating ‘search’, a market in which news publishers have never been in, and ‘display’.

Google, Harris argued, drives ten billion clicks a month to publisher websites, for free from Google Search and Google News. Indeed, research showed that “referral traffic” to major publishers in France, Spain, Germany and the UK was worth more than £650 million last year.

And then there were all the collaborative ventures from third-party fact-checking to the more than £100 million worth of editorial digital media initiative schemes.

“I firmly believe we are on the same side,” insisted Ronan Harris at the Cambridge conference.

Kint was having very little of it.

It was “absurd” he said for Google to argue that search and display were totally different markets. Both target direct marketing ads based on data collection and both Google and Facebook were empires fuelled by data.

Google was a company that owns 96 per cent of the mobile search market and 67 per cent of search overall, yet search, as Google’s foundation business, “would not exist without publisher content”.

Kint also noted that Google’s revenue mix had migrated from Google’s network of publishers where their margins were low, to Google-owned and operated business such as Gmail and YouTube where margins were higher.

The Digital Content Next executive also attacked Google over ad-blocking which costs publishers dear and was a topic not mentioned in the Cambridge speech.

Not only had Google included an ad-blocker on its own browser but was also subsidising major ad-blockers to service the “whitelisting” of Google’s own ads so that they are not blocked.

Google was “turning up its spin in the UK” while putting Facebook out front to take the regulatory shrapnel in Washington.

“It should concern us all. It certainly concerns me,” said Jason Kint.

Yet at the SoE conference, there was a dramatic illustration of how technology had helped newspapers do their jobs.

It came from Daily Telegraph editor Chris Evans who held up what should be considered an historic artefact – the actual red external hard drive which contained all the myriad details of the MPs’ expenses scandal.

At the time, Evans was expecting the information to come in the form of discs and didn’t know what a hard drive was.

Without such a device to carry reams of data, one of the most penetrating newspaper investigations of the decade would never have been possible.

The Telegraph editor conceded that over the past ten years, the news industry had suffered a loss of confidence caused almost entirely by the advances of technology.

“We have spent ten years blaming the likes of Facebook and Google for taking the advertising money that pays for our journalism - and indeed they have - but if we spent ten years lamenting the loss of revenue, we have also spent ten years forgetting what we are good at,” Evans conceded.

The Telegraph editor argued that confidence was now returning and the industry was learning to see technology as an opportunity. Fears about fake news on social media outlets was an opportunity for the industry to emphasise the importance of trust and quality journalism for the newspaper industry.

Against such a background, an eyebrow or two was probably raised a few days later when, under the headline “The Brexit Mutineers”, the Daily Telegraph splashed with pictures of Conservative MPs prepared to vote against enshrining an EU Leave date in law.

One of the Brexit mutineers, former Conservative minister Anna Soubry blamed the Telegraph front page for the thirteen death threats she subsequently received – two of them judged by the police to be serious.

Promises from Cressida Dick, commissioner of the Metropolitan Police to “reset the relationship” between her officers and the media, and her insistence that the police should no longer treat journalists as if they were criminals, were obviously welcomed.

Rather like promises of goodwill from Google, editors will judge the outcome by the reality on the ground.

Despite being unapologetic about Operation Elveden, Ms Dick was understanding about the difficulties of finding the right balance in reporting terrorism.

“I know for you that reporting on terrorism is a fine line, a balancing act. You must inform but not glorify and provide the platform this evil craves,” Ms Dick said.

“You must investigate but not in a dangerous way which disrupts the extensive efforts of the police and security services. You must comment but not in a way that creates excessive fear and multiplies the terror,” the commissioner added.

Assistant Commissioner Mark Rowley went on to argue that there were ways the media can report the news while still reining back what they do to avoid giving Isis the influence they seek.

There was not, and still isn’t, agreement among editors about how terrorism should be covered, or even in the case of the BBC, what it should be called.

Former Times editor Simon Jenkins argued that terrorism was a methodology not an ideology and appealed for greater restraint in coverage though not censorship. By over-reporting terrorist attacks, “we do their job for them”.

Rob Irvine, editor of the Manchester Evening News told how the paper had given unashamed extensive coverage to the bombing that killed 22 at the pop concert in the Manchester Arena.

However, he had decided not to put the picture of the killer Salman Abedi on the front page and never would put his picture alongside those he killed.

Irvine also spoke of care taken over words, with Abedi always referred to as a “murderer”. Those who died were not “victims” but those he murdered.

“We would rather talk about the amazing people of Manchester, not just emergency services, but the guys who were working the arena and at nearby Victoria station, men and women who ran towards danger. I would rather celebrate them on the front page,” said Irvine who led the MEN campaign, which successfully raised millions for the families of those affected by the bombing.

With a suitably up-beat finale to the conference, Financial Times editor Lionel Barber said that journalism had never been more vibrant – though different.

In a polarised world of alternative facts, there was more scope than ever for “deep, original on-the-scene reporting” although Barber also warned of “the general climate of intolerance in public life”.

A few days later Barber, or his paper, was roundly attacked by the Daily Telegraph for “sniffy, supercilious elitism” on display on a daily basis because of its coverage of Brexit issues.

But then it’s back to the top.

Barber argued that the dominant technology sites must take more responsibility for their content – not just fake news but also hate speech and extremist propaganda.

And, moreover, they “must drop the pretence” that they are platforms rather than media companies.

The reality, said Lionel Barber, was that the social media giants are influencing or even deciding, via algorithms, what information is consumed. 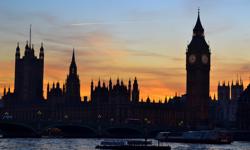 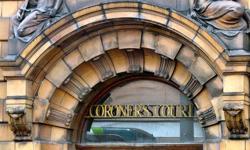 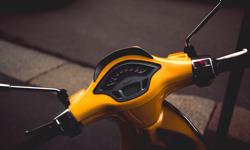 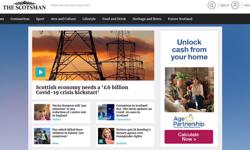 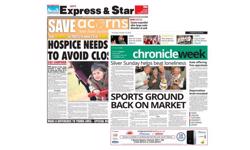 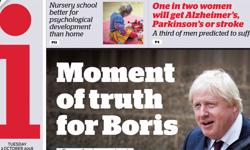