Holding power to account is the reason many go into journalism. Powerful people’s fear of exposure helps keep them on the straight and narrow, which helps ensure good governance. That, surely, is the raison d'être of the Press. It’s also the reason why journalism is such a dangerous job in many parts of the world, as powerful vested interests resort to violence to stymie investigation.

But journalism is not just about keeping tabs on the powerful, it’s also about giving voice to the powerless. Every now and then comes along a story that does both.

One such is the Windrush scandal, where poorly thought through and discriminatory anti-immigration policies were being pursued by the home office and the legal status of British people of longstanding was being questioned, with highly distressing results.

The journalist who uncovered this was The Guardian’s Amelia Gentleman. Her story led to profuse apologies, the resignation of the home secretary and, more importantly, meaningful help and relief to the Windrush generation.

Amelia’s sterling work was this week recognised by the industry, when she picked up the Paul Foot award for investigative journalism.

The challenge for publishers is how to fund this type of essential but expensive journalism, where investigations can take weeks and months, in an age of ever-tightening budgets.

One final thing – InPublishing is working again with Wessenden on the annual Media Futures project (previously known as Publishing Futures). If you’re a budget holder, then I do hope you’ll take the time to complete the questionnaire. It takes about twenty minutes, but you will then be able to share in the results of this valuable benchmarking research. Thank you. 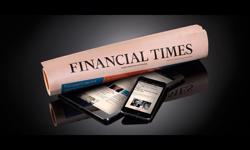 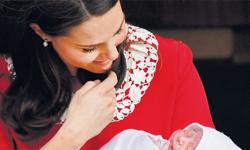