Reports of Emma Tucker’s appointment as editor of the Sunday Times all made the same point. She was the second woman editor of the paper following Rachel Beer who became editor in 1893.

Even after 127 years, being second is still second.

The historic record is of course true, but Emma Tucker, former Financial Times correspondent and Times deputy editor, is really the first proper female editor of the Sunday Times.

Rachel Beer was a member of the Sassoon family, one of the wealthiest of the 19th century and her husband Frederick was a multi-millionaire banker.

The family owned The Observer and made Rachel editor in 1891 and then bought the Sunday Times and put Rachel in charge.

“She worked one day a week and wrote leaders in the back of her carriage but it’s quite good to have a predecessor,” Tucker laughs.

Tucker’s father was an academic child psychologist and she went to Lewes Priory comprehensive in East Sussex and her journalism career included reporting from Brussels and Berlin for the FT.

She did it alongside weighty family responsibilities – three sons and, later, another three step-sons.

Now, what does the first proper female editor of the Sunday Times plan to do with her new power achieved without the help of multi-millionaire parents?

We are not data led; we are data informed. The data perhaps helps to shape how you do a story.

“One thing I want to do is to get the newsroom of the Sunday Times more focused on digital than it is,” replies Tucker who helped make a name for herself with a digital push at The Times.

Digital data underlines the importance of investigations, exclusives, distinctive journalism you cannot get elsewhere, stories built around people and stories written by experts.

The Sunday Times, Tucker acknowledges, already places considerable emphasis on digital but the newspaper is still tremendously important and the primary focus has been very much on the print edition.

“What I want to do is show the great opportunities that are in digital and that’s about getting the newsroom to really think about that. It’s really exciting,” Tucker emphasises.

But how do you actually implement such a transformation in practical terms?

Partly it’s about encouraging journalists to use insights from the company’s internal data research, INCA.

Among many indices, the most important one for Tucker is engagement, keeping people on the site.

She conducts feedback sessions on how to draw insights from elements of data and over time hopes to get section heads carrying out their own data feedbacks – to “own the data” – and draw their own insights.

Isn’t there the danger that readers will be given what they want rather than what they might need?

“That always makes me laugh because the data is the readers,” Tucker responds.

“We are not data led; we are data informed. The data perhaps helps to shape how you do a story. It’s not telling you what to do but you do it better or shape it differently,” adds Tucker, an Oxford politics and economics graduate who started her career as an FT graduate trainee, a newspaper which has recently appointed its first female editor in Roula Khalaf.

Tucker has already asked Sunday Times specialists to form partnerships with the digital team to come up with long term projects, a campaign or data led story involving video as digital first stories which can almost certainly also be used in the newspaper itself.

The new editor says investigations will be another priority because they define the Sunday Times as a newspaper and mark it out as different and the paper still has the dedicated Insight team.

Resources are always under pressure “but in this world, unless you are distinctive, you are not going to succeed and I have no intention of watering it (investigations) down.”

You have to be more proactive as an organisation around diversity.

With now five women editing British national newspapers, how important is gender as an issue in journalism?

“One of the lovely things about coming to the Sunday Times is that there are a lot of women here. Obviously, it (the editorship) is a nice thing. I don’t know to what extent it matters. I think women are doing pretty well in journalism these days,” says Tucker.

In one respect, it was gender that helped propel her towards an executive rather than a continuing reporting career.

When Tucker went to Brussels, she had no children. After six years covering the EU and reporting from Berlin, she had three young sons and “needed a job where I wasn’t disappearing late at night. I needed something with more regular hours. So, I moved to features which I think is the trajectory for so many women in journalism and then on to editing.”

Gender may be less of an issue for women, but a lack of diversity in newsrooms needs urgent attention, she believes.

“You have to be more proactive as an organisation around diversity. You can’t say they don’t apply. You have to help and widen the funnel of non-white applicants. You have to be really conscious of it and make an effort not to sit back and blame society,” insists Tucker.

Investigations will be another priority because they define the Sunday Times as a newspaper and mark it out as different.

Is there any culture shock moving from the Remain-supporting Times to the Sunday Times, which advocated Brexit albeit in a strange way. The UK should vote Brexit, the paper said, and then not leave the EU, a prescient approach for at least three years.

Soon after the referendum, ardent Brexiteer Toby Young wrote movingly in The Spectator about being a house guest in Marrakech in “a holiday hell with a gaggle of raging Remainiacs” led by the prime minister’s sister Rachel Johnson and her husband Ivo Dawnay but also including “formidable overachievers” such as Emma Tucker.

What if the UK crashes out without a deal?

“I will cross that bridge when we get there. I have every confidence that it won’t happen,” the Sunday Times editor insists.

Apart from placing a greater emphasis on digital and distinctive journalism, there have already been changes at the top.

Private Eye reported that the veteran Review section editor Graham Paterson has left, and that other senior departures were on the way.

In March, Adam Boulton, Sky News political heavyweight said his Sunday Times column revealing that Margaret Thatcher as well as David Steel had known about the Cyril Smith scandal, had been his last.

Tucker, who is 53, declines to comment although new editors frequently decide quickly on changes – a handing over to a new generation.

BBC: in need of reform

One of Emma Tucker’s early eye-catching splashes told the dramatic story of how No 10 wanted to scrap the BBC licence fee and force the Corporation to close down or sell most of its television and radio channels. The story by the paper’s award-winning political editor Tim Shipman was sourced to senior Downing Street officials but Prime Minister Johnson was also said to be up for a crackdown on the BBC.

Two days later, The Times reported that the story had reflected the views of Boris Johnson’s main adviser Dominic Cummings rather than the Prime Minister himself.

“What our story and then The Times story showed, is the lack of joined up thinking at the heart of government. If there is a contradiction, it’s in government rather than in the newspapers,” Tucker argues.

While not endorsing the inflammatory content of the original news story, a leader argued that the BBC had over-reached itself and was in need of reform.

The paper argued that the longer the BBC went un-reformed, the less it was a national asset.

Tucker’s view is that the BBC is very popular and a lot of its readers love the BBC.

“You don’t go in charging kamikaze like. But there is an issue about the reach of the BBC with independent news publishers and that has always been an issue and it’s not just us,” says Tucker.

If you are trying to make a business model out of subscriptions, as both the Sunday Times and the Times are, then it is “so much tougher” when the reach of the BBC extends far beyond its traditional remit of broadcasting.

On another campaign – that to remove VAT from digital newspapers – Tucker believes the government is sympathetic although HM Revenue and Customs is appealing against an initial loss on the issue in the High Court.

On the future of the Sunday Times, Tucker is optimistic.

“I bloody am. I am optimistic. The best thing about being here is the really fantastic journalists who have the support of a generous proprietor and there is a hunger to move on in digital and to be more adventurous,” she says.

Did the generous proprietor, who is of course Rupert Murdoch, give her any instructions on appointment?

“No, he is never as precise as that. He likes stories and he likes sharp writing but that’s it,” says Tucker.

At 53, Emma Tucker is young enough to move on to a second editorship in future and become, actually the first female editor of The Times.

“We shall see. I have to make the most of the Sunday Times. That’s my job now,” she replies.

But you never know?

Unless you are distinctive, you are not going to succeed. 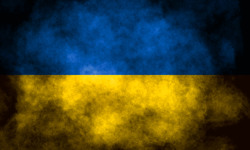 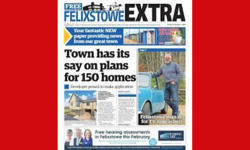 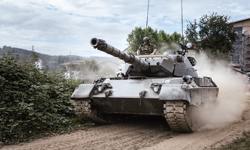 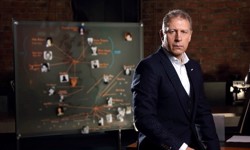