Though much of the change is technologically driven, the human component in editorial decision making remains a key strength of newspapers and should not be underestimated in the quest for ‘the next big thing,’ several of the speakers said.

“Be on all platforms, but keep in mind that technology isn't everything,” said Tatiana Repkova, Director of Research and Information Management for the World Association of Newspapers and News Publishers (WAN-IFRA), the organiser of the event. “What is really necessary is the human brain, so don’t let technology interfere with your common sense and professional intuition.”

While print newspaper circulation continues to grow world-wide up 1.3 percent in 2008 and 8.8 percent over five years, according to WAN-IFRA’s World Press Trends report  the long-term decline of circulation in many mature markets has sparked newspaper innovation on digital platforms, extending their reach.

On display Tuesday at the Focus Session on Strategies in Newsrooms were several of the emerging trends that hold potential for profit:

* Joachim Blum, a media consultant working with WAN-IFRA, unveiled the goLocal initiative, a partnership between Newsplex and the German Press Agency dpa that helps local and regional publishers make the most of their unique market position. “We want to show how hyper-local journalism will work, and how you can even increase the number of newspapers you produce,” he said. For more on the project, go to http://www.ifra.net/community/editorial.

* Ms Repkova, who presented an overview of print and digital press trends, focused on new market opportunities that are producing revenues for newspapers: products like catalogues and entertainment websites; databases that are useful to readers; magazine supplements that support multimedia destination websites; and more.

* Pascal Zemp, the project manager for new media for Switzerland-based Ringier, said the group’s Blick publications sent 11 reporters to cover an event in Turkey, without any of them knowing the others were there. That lack of coordination is a thing of the past: he presented a case study on Blick’s multimedia integration strategy. “The workflow was optimised for print, with online and mobile providing mostly recycled information,” he said. “Even the thinking of most journalists is in print workflow. We wanted to move toward a workflow that is more reader friendly, a story-centric workflow.”

* Meg Picard, the head of social media development for Guardian News and Media in the United Kingdom, showed how social media tools can be used to build communities that contribute to newspaper development. “We have an expression: ‘embrace, don’t replace.’ If people like Twitter or Facebook, and like spending time there, then it’s crazy to say, ‘stop using Twitter or Facebook and come to the Guardian!’ We need to be there as well.”

Among other examples, Ms Picard showed how The Guardian asked its users to go through some 400,000 documents related to a Parliament expense scandal and recommend those that were interesting and needed further investigation.

“Social media doesn’t have to be complicated,” she said. “It is about communicating, and this is something journalists and media organisations do really well. They provide new tools for communication. It can be comments at the bottom of an article. It can be new ways to e-mail. It can be polls.”

IFRA Expo 2009 drew 284 exhibitors from 27 countries, including printing press manufacturers, editorial and advertising system providers and other suppliers to the newspaper industry. Despite the global economic crisis and its impact on newspaper industry revenues, thousands of visitors from more than 80 countries are expected to attend the four-day Expo, which ends Thursday.

WAN-IFRA says: “WAN-IFRA, based in Paris, France, and Darmstadt, Germany, with subsidiaries in Singapore, India, Spain, France and Sweden, is the global organisation of the world’s newspapers and news publishers. It represents more than 18,000 publications, 15,000 online sites and over 3,000 companies in more than 120 countries.  The organisation was created by the merger of the World Association of Newspapers and IFRA, the research and service organisation for the news publishing industry.” 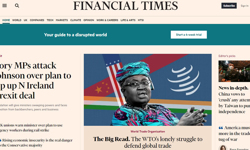 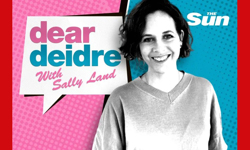 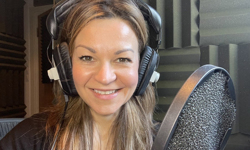 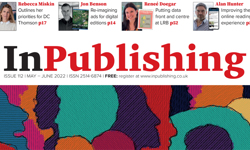 Some takeaways from our May / June issue