With economic uncertainty and advertiser strategies thrown off-course, the Covid-19 pandemic is testing all brands – publishing brands, especially. What’s needed is resilience – the strength, and confidence, to hold one’s nerve. And for Gaby Huddart, editor-in-chief of Good Housekeeping and director of Hearst’s Lifestyle & Homes portfolio, resilience is underpinned by one thing: trust.

Good Housekeeping, just shy of marking its 100th anniversary – it was first published in the UK in 1922 – is the epitome of this.

The magazine was founded on the premise of helping women handle their domestic duties more efficiently, so freeing themselves up to make the most of the rest of their time, Huddart points out. And it has since thrived through offering relevant and practical advice and authoritative, practical and engaging content – latterly, online but also, still important, print.

It posted strong performance, with a combined ABC of 433,661 (up 2.6% period on period) – extending its position as the highest-circulating monthly women’s lifestyle magazine, says Huddart – in ABCs published in February, at what looked like the start of a positive year. As did a number of other titles in Hearst’s Lifestyle & Home portfolio.

“Trusted brands are everything,” observes Huddart, who joined Hearst in 2013 from IPC, where she was deputy editor of Woman&Home, as editor-in-chief of Prima before being promoted to editor-in-chief of Good Housekeeping, Red and Prima in winter 2017/2018. “But while that’s true at any time, it is truer – and more important than ever – in the current situation right now.”

On February 22, when we did the Good Housekeeping cover shoot, Covid-19 wasn’t even part of the conversation.

We are speaking on day two of the UK’s lockdown. On a glorious, sunny spring day. By phone. And Huddart readily admits she is still reeling at the speed with which the world – and the day-to-day running of her magazines, of course – has fundamentally changed.

“It was just two to three weeks ago, in early March, we realised we had to react,” she explains. “In January, who’d have believed it? On February 22, too, when we did the (Good Housekeeping) cover shoot for June, Covid-19 wasn’t even part of the conversation. Then we began addressing it in early March with some stories online. And though we were cautious about how much to do for fear of causing panic, it was clear we needed to respond.”

Bound by monthly print deadlines, content was updated and renosed with new material commissioned – health-related, especially – to run online. On the second Thursday of March – as May editions of monthlies (due out early April) were going to press, all Hearst UK employees had a day working from home to test systems and procedures. Since the end of that week, none have gone back.

“We were lucky in that Hearst was quite well set up for working virtually – for a while, all of us had been encouraged to work from home once a week. We were already provided with laptops and everything was accessible online. We’re all on Microsoft Teams so having virtual meetings was a regular occurrence,” Huddart says.

“We were also lucky we had a few covers already in the bag – though moving forward, fashion shoots for some of our titles will be tricky. But adversity forces creativity, and across the board, all of our editors are bringing a host of creative ideas to the table to move things forward because all of us love our brands.

She adds: “There were challenges, obviously, but logistically it was do-able.”

The June Good Housekeeping – the first to be produced with all involved working from home – is due out in May.

Keeping open lines of communication between members of each brand’s team as well as between different teams has been key, she adds, for keeping editorial production both in online and print going, and for people’s well-being – especially for those team members with health concerns, and anyone working from home who lives alone.

And the same is true for commercial teams and their clients, the approach being one of partnership. Which is in tune with the more collaborative approach the magazines have taken to working with advertisers in recent years, rather than simply selling space and booking-in ads.

On top of this, from the off, Heart UK’s management team kept in touch to update and revise short- and long-term plans using a daily afternoon briefing via Teams.

Being always open to reinvention is an important aspect of effective brand management.

Open lines of communication also extend to readers. And a personal, open letter Huddart posted on Good Housekeeping’s website on March 20 – accompanied by her direct work email address for anyone to get in touch – generated an unprecedented response.

In it, Huddart offers her personal response to the spread of the pandemic over the preceding few weeks, and the personal challenges she was tackling – including the death of her stepfather, bringing home her eldest daughter from gap year travels early, and dealing with the premature ending of school for her youngest along with GCSEs being cancelled.

But she also seeks to remind readers of the importance of remembering the joy that can found in small things, and that Good Housekeeping “is here to help you during this challenging time”.

It is heartfelt and totally genuine. And it is also completely true to the brand.

Over the years it has been published, Good Housekeeping’s brand DNA has stayed true, she says. But this hasn’t meant staying the same. “What I’ve tried to do here, as I have with all of the titles, is balance what the brand has always stood for against what people now want from the brand today. It’s all about relevance,” Huddart explains.

“A basic example is that as life has moved on in the past few years with technology playing a greater part, technology – and testing it through the Good Housekeeping Institute – has played a greater role in our content.” It’s an addition, but the same philosophy and sentiment: providing advice and reassurance about which products are best and so worth buying.

Being always open to reinvention is an important aspect of effective brand management, she believes. And that depends on knowing your audience, intimately. “It’s about looking at every single available source of data – from reader research to website traffic to gut feel,” she continues.

Consumer insight led to Good Housekeeping recently increasing both gardening content – to cater for an upsurge in interest – and, even before the Covid-19 pandemic, as a result of growing concerns about seeing older relatives live longer but less healthily: health. To strengthen its approach and encourage greater cross-fertilisation, the title’s digital and print data analysis teams were recently re-integrated.

For obvious reasons, all plans across the board for the next few months are under review with some if not many likely to be pushed into next year. So for now, the emphasis is continuing to publish and ensuring content is relevant to what readers want – and in this respect, there appears to be a surge in need.

“Online, we can respond to rapidly changing events and do so while ensuring our content remains practical and uplifting – from time-filling activities to tips and bigger problem-solving,” Huddart says. “In print, which tends to have an older, more female-skewed audience, we can do the same thing but frame things in greater depth.”

It’s a similar pattern in the approach being taken across the portfolio’s other lifestyle and homes brands, with perhaps the greatest source of escapism to be found amidst the books, entertainment and fashion coverage in Red and pretty much everything in Country Living.

“With the majority of our sales through supermarkets, and supermarkets some of the few places people can still go, it is already obvious across titles that that a rediscovery of magazines is underway as people look for things to do,” she reveals.

“News can be a dangerous mix that if consumed in too great a quantity at the wrong time can really drag you down. Central to the proposition of all the brands (in the L&H portfolio) is positivity and presenting solutions – two things which are vital things to do given people’s current mood,” Huddart continues.

Adversity forces creativity, and across the board, all of our editors are bringing a host of creative ideas to the table.

“Who knows how the world will change after things move back towards normal, but I hope it will be kinder, more connected and less obsessed with self.”

And from a publishers’ perspective?

“At Hearst, we have a strong business. We are part of a US corporation. We are privately-owned by a trust. And we are committed to listening to our readers to generate the content they – and so, our commercial partners – want. So in these respects, we are relatively confident about the future,” she says.

“People are starting to realise things other than mobile can and should be valued as sources of entertainment and support – and I don’t just mean magazines, along with the importance of small pleasures. Family life has become too rushed in recent years. If it makes people think more carefully about what’s important in life, then that’s a good thing – and something that will have an obvious knock-on effect for publishers, too.”

A rediscovery of magazines is underway as people look for things to do. 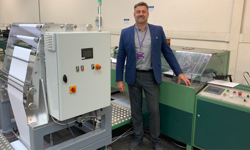 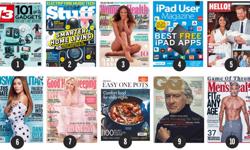 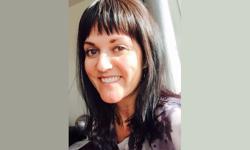 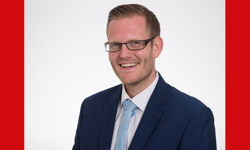 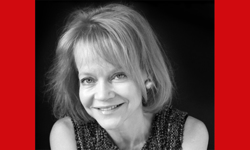 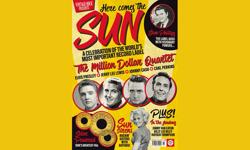 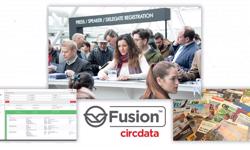 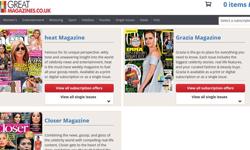