Where is B2B media on the digital transformation journey?

Ten years ago, the iPhone and iPad were still relatively new technologies, points out John Barnes, who joined B2B media company William Reed, whose brands include The Grocer, as chief digital officer last summer. He adds, “in that ten-year period, we’ve had a massive explosion of mobile devices, tablets, platforms and all the technologies that go with that”.

B2B publishers were particularly affected by the rise and fall of ad networks and the rise of ad blockers, but that trend is now beginning to reverse. He says: “What’s started to happen is B2B publishers, in particular, have started to get control back. Five or ten years ago, all the talk was about advertising going down and how we’re losing control of it; charging for content would have been considered extraordinary. There’s been this huge pendulum swing back to media companies where we’re more in control of our inventory than ever before.”

One of the main reasons for this, he believes, is because of the new GDPR legislation brought in in 2018, which means that most B2B publishers have moved from a position of targeting consumers with legitimate interest, to those who have actively consented to receive a product.

Barnes explains: “On top of that, the value of the audience has come back full centre, so agencies do want to work with publishers to target vertical niche audiences, because they’re starting to realise that good media brands, like William Reed’s, or companies that are members of the PPA or AOP, instil trust in readers and if you can purchase advertising positions within a trusted brand, it’s probably better than trying to do it yourself if you want to reach specific kinds of buyers or B2B audiences.”

The move towards registration walls and paywalls has played a big part in the B2B media story – “most B2B publishers lost sight of the concept of controlled circulation, so websites became open even though the print brands they might support were locked and as a result of that, it was a model predicated on advertising rather than a diverse revenue stream.”

In the last twelve months, he believes the most important development has been the rise of online events: “You’ve seen a super acceleration where transformation has become an absolute necessity for some publishers because face to face venues are shut, so online and digital solutions become ever more important and probably the most notable thing there is the rise of hybrid event platforms with a view to connecting digital and face to face events when the world is more back to normal.”

Barnes concludes: “It’s been ten years of change, it’s been super-accelerated in the last five years and it’s almost like somebody’s hit the floor with a pedal in the last twelve months.”

Where does B2B media need to get to and what needs to be done to get there?

Barnes believes that registration and paid subscriptions are going to become “an absolute norm” and that consumers are now quite accepting of the fact there might be some kind of barrier to accessing content. “We’ve seen an enormous increase in registrations. I think consumers are quite happy to pass on information if they think the trade is worth it, if the content is useful and trustworthy.”

Another important area for development will be data, he predicts. “B2B companies, in particular, are starting to develop data services, data tools, providing information that can be used to understand how markets are actually working. At William Reed, we’ve got a division called Lumina which basically is food and drink research. People in food or drink or the hospitality sector use that to identify trends and patterns to help them plan their business. If I talk to digital people in other media companies, particularly B2B media companies, everybody’s looking at that as an opportunity.” Infographics and finding ways to present data in a more understandable way is an important part of that.

He also predicts that native advertising content will become a more significant part of the mix. “Rather than just buying up adverts or trying to do sponsorship of particular services, the media buyer is becoming more sophisticated in terms of the elements they would want to have included in a campaign to touch all the bases. Ultimately, a lot of B2B companies are going to be companies that provide not only access to the audience, but also information about where that audience is in the buying journey,” he says.

What does the future hold?

Events in the future will move to a hybrid model, believes Barnes. “I don’t see it going back to how it was in 2019, because a lot of people have realised that online events allow them to interact with other people, it allows them to spend less time travelling, it means they can be more productive in their day. However, it is absolutely essential in business and in life to interact with people in person and that’s one of the things we’ve all learnt in the last twelve months.”

“What’s most likely to happen is the concept of hybrid events will overtake what was online or offline. It will be a blended experience between the two. It’s giving all attendees, whatever their attitudinal view on life or risks, the maximum ability to interact through these platforms, where typically an online attendee would be able to interact with a physical attendee through social media tools, networking tools and video rooms. I think it’s going to open up opportunities and I’m sure we’ll see many new challenger brands as a result of that.”

As a “pure play digital person”, Barnes also cautions that print is not dead.

“I’ve worked in digital for a very long time now, but I buy an enormous amount of print. I don’t want to see print going away, but I do want to see digital becoming more habit forming, so people have the same sort of habit with digital they do with print publications.”

With trusted media brands, you can have a really engaged audience that publishers and commercial partners can significantly benefit from.

The weakness of B2B is the reach of the audience, but that’s counteracted by the benefit of a deep and narrow relationship.

Media companies can expand more quickly or try out events through platforms online. There’s an opportunity in all forms of e-commerce for publishers. We’ve seen some tremendous strides in e-commerce, particularly in the B2C space and I think that’s yet to happen in the B2B space. Working more collaboratively with companies to target brands they want to influence, with things like account-based marketing.

The landscape is going to become busier and it’s going to be important for all media brands to not be arrogant about their position in the marketplace but to keep an eye on what’s going on and respond to it.

This article is part of our special feature on The Digital Transformation Journey, originally published in April in conjunction with The Publishing Show. The feature contains the following six articles: 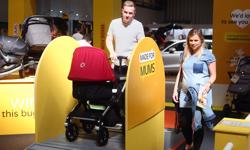 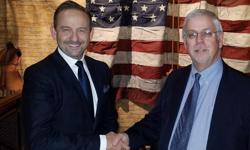 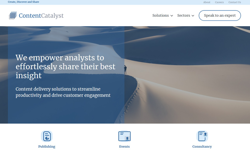 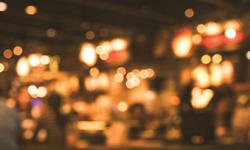 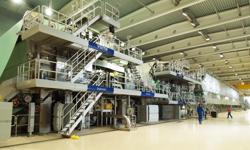 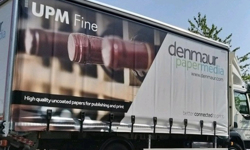 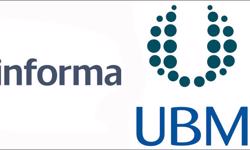 From huge to really huge