What do you think is the most influential magazine of all time? Did it reach the most readers, change the most minds or even change the world for the better – or worse? Or is it something more personal for you – that childhood weekly entertainment or that magazine that seemed to just understand you and your problems so well?

It’s the tricky question a recent meeting of the British Society of Magazine Editors (BSME) set out to answer. Editors from a wide range of titles, different generations and backgrounds came up with a wide range of suggestions. There were many magazine ‘firsts’. Charlotte Moore, for example, picked Marie Claire: “the first women’s glossy to tackle fashion and feminism” while Eye magazine editor John L Walters chose Architectural Review which “established a template – almost a DNA – for a business magazine with a cultural heart”.

Fond memories were at the heart of many choices. Smash Hits took many people back to their teenage years. “It is the fortnightly ‘party on paper’ that is the reason I am a journalist”, said Marketing Week editor Russell Parsons. Catherine Westwood, editor-in-chief of the Woman’s Weekly stable, picked i-D because, “this made me the person I am today. The rough and ready design, the anarchic typography combined with pioneering street style photography reflected where my head was at as a rebellious teen.” Both Good Housekeeping editor-in-chief Gaby Huddart and Fabulous editor Sinead McIntyre picked Jackie magazine: “a massive influence in me wanting to become a journalist,” said Huddart.

“The most influential mag of all is probably one most of us have never picked up, something that set a lasting template early on,” said Tim de Lisle, former editor of Intelligent Life and chair for the event. “It’s a lot easier to pin down the mag that most influenced you, and for me it was Time Out in 1977-78.”

Every decade has had its important innovators. I think of Colors in the 1990s, The Face in the 1980s, Sunday Times in the 1970s, Oz in the 1960s or Esquire in the 1950s but there are many, many more. We can go back even further to Vanity Fair in the 1930s, The Wipers Times in the WW1 trenches or even Punch in the 19th century taverns. After all, Punch invented the cartoonist and published Ronald Searle and Gerald Scarfe. Want celebrity writers? How about Charles Dickens, PG Wodehouse or AA Milne?

My own suggestion went back to the middle of the last century. When the newspaper pictures were all a bit grey and grainy, and television was all fuzzy and flickering, Life magazine bought news images of the world into people’s homes for a few cents each week, from the Great Depression and the Hindenburg disaster to Pearl Harbour and the first footprints on the Moon.

In its prime, Life was a magazine built around photographers who took unforgettable pictures – photography good enough for a gallery like Alfred Eisenstaedt’s V-J kiss in New York, Joe Rosenthal’s flag over Iwo Jima or Ronald Case’s three queens in mourning. By grouping pictures together, Life also made the picture essay into a new art form.

The unflinching lenses of Donald McCullin, Robert Capa and Eugene Smith served to bring home the pain and tragedy of war and conflict. Yet there was a more playful side to Life too: mad cap stunts, childhood games and snapshots of social movements to make you smile and to document ordinary people’s extraordinary lives. You’d be surprised how many of its pictures you’d recognise today.

You can still flick through the pages and enjoy it as a window on history – social history as much as political or cultural. As all the best magazines do, it reflects its time so well. But it was of its time and that time came to an end.

One sad but perhaps inevitable feature many of the most influential magazines had in common is that they are no longer with us. That’s perhaps not surprising: the demographic, social and cultural changes that can make a magazine of the moment is equally likely to break it. A magazine doesn’t have to survive forever to be influential, it just has to make its mark to be remembered by those that loved it and those it inspired. Neither is the demise inevitable. The vote for Nova, the cultish British women’s monthly that ran for just ten years, came close to runner up Vogue, which came in second to the winner Time, launched in 1923 and still going strong.

“The double whammy of Brexit and Trump has made the news weeklies more relevant than ever, and Time leads the pack,” said Terri White, Empire editor-in-chief. “It has a specific lens, a smart take, on the issues facing the world right now, and its covers, reporting and insight are hugely impactful – not just on its audience, but on other news media and the world at large. It moves beyond the pages of the mag to protest marches, onto placards and over the walls of the White House itself." Now that is influential. 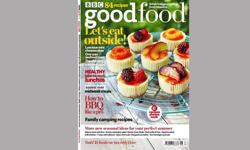 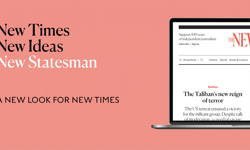 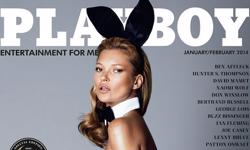 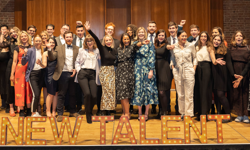 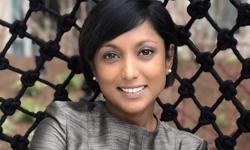 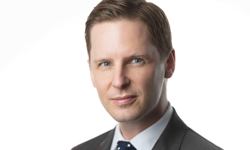 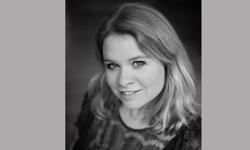 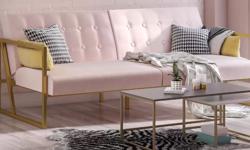