Most recently, we learned that family-owned New York Media, publisher of much-awarded New York magazine and hip sites like The Cut, may be sold, for the right offer.

But fewer companies have by no means translated to a dearth of developments.

Amazon: The Next Big Threat

Significantly, those advertisers didn’t just leave print, or shift to digital media; nearly all stopped advertising during the period. MediaRadar attributes much of this to Amazon’s driving traditional (heavy print-advertising) retailers out of business. But the many-tentacled giant’s growing absorption of ad dollars across categories, including CPG leaders like Proctor & Gamble and Mondelez, is the bigger, longer-term threat to all other media – even the so-called “duopoly”.

While eMarketer estimates Amazon’s ad revenue at “only” $1.7 billion last year – versus $35 billion and $17.4 billion for Google and Facebook, respectively – Amazon “has an advertising platform no other company can match: a web store selling hundreds of millions of products, combined with a streaming entertainment service and a trove of data about customer preferences,” points out Ad Age. “Amazon attracts 180 million US visitors each month… And as more people shop on smartphones, they're skipping search engines like Google for Amazon's mobile app.” Amazon “is the most valuable space on the web because you are at the very bottom of the funnel,” marketing professor / author Scott Galloway points out. “Not only are people about to make a purchase, but you know what's in their basket. It's hard to imagine a more target-rich medium or robust offering.”

Amazon is now “pushing beyond sponsored search results and display ads,” to “aggressively sell itself as a lifestyle media brand that influences purchasing decisions elsewhere, similar to magazine ads or billboards,” reports Ad Age. Its newest initiative: Amazon Attribution, will not only let brands measure the impacts of display, search and video channels based on how consumers discover, research and buy products on Amazon, but also get sales impact analyses across other media channels. “With on-demand reporting, [brands] are able to uncover the insights needed to optimise their media campaigns in-flight and grow product sales,” boasts Amazon.

My suspicion is that some of the “disappeared” print advertisers also shifted dollars to other, hard-to-track channels like social influencers. In any case, none of this bodes well for traditional media. Magna now projects 2018 global ad market growth of 6.4%, but a 17% decline in global print ad sales (and -4% for radio). The US growth projection is 8%, but with digital advertising (websites and mobile) accounting for 52% of dollars – most of which will be sucked up by the duopoly and Amazon.

MPA stresses that magazine media companies’ advertising streams now span mobile, web, video and social. Demand for content marketing is still growing. Sponsorships and consumer revenue from events are also growing, as is paid digital content, even as traditional circulation dollars decline (and paper and postal costs spike). The problem, of course, is that at the big companies, print advertising still accounts for half, or nearly half, of total revenues. The battle to maintain print advertising while rapidly diversifying so as to reduce its share of the total pie continues to be the defining challenge for these companies.

At present, video is viewed as the most promising new revenue channel. But “while Hearst, Meredith, [the former] Time Inc and Condé Nast have invested heavily in building out their digital video assets, they are not being credited for these investments by advertiser and agency executives and are failing, so far, to establish a superior value proposition compared to television and digital-native media,” concludes a study for MediaVillage conducted in Q1 this year by Jack Myers TomorrowToday. It found 23% of advertiser and agency decision-makers reporting that they planned to increase spending in the four big “print-originated video media publishers,” and 26% planning to decrease such spending, in 2018.

“In fairness to print publishers and their digital-media leadership, marketers and agency planners and buyers are generally unimpressed with the overall advertiser value delivered by any video media publisher other than Facebook, Google / YouTube or Amazon,” adds MediaVillage. “While these three companies are positively perceived (across eleven measures of value and performance) by almost half the executives surveyed by TomorrowToday, all other television and digital video publishers are rated positively by only one-third or fewer of the executives. Print-based publishers are criticised by advertiser and agency executives for their lack of investments in data, analytics and advanced technology, with only 16% rating the four publishers positively. These publishers are also failing to establish recognition for providing visionary leadership, rating last among all video media company categories.”

In March, TomorrowToday projected average 14% annual digital spending growth for consumer magazine publishers, bringing total digital revenues to $5.3 billion in 2020. Print revenues were forecast to decline 8.6% in 2018 and 8.2% in 2019, resulting in continued declines in total ad revenue for those years – although non-digital spending with consumer print publishers was forecast to increase in 2020 for the first time in almost two decades. Bottom line: Total 2020 consumer magazine media ad spending is projected at $12.7 billion, down from $17.8 billion in 2000.

On the audience front, the Big Three all tout large percentage gains, and magazines’ mobile and video audiences have this year been growing each month by double digits. Yet, the combined print / digital audiences for all MPA-tracked magazines rose a modest 1.4% last year. And half of the 114 brands tracked – including some of the Big Three’s – were showing year-to-date total audience declines as of June, reported WWD.

Meredith: Firing On All Cylinders

Meredith Corp continues to follow its announced strategy of cutting costs by $500 million, honing the acquired Time Inc stable, slashing its debt (by $1 billion in fiscal 2019), and investing not only in continued expansion of video and digital revenue channels, but also in legacy print-based brands, branded merchandise and other businesses with promise for generating profits and data from its female-focused audience universe. And it’s clearly having more success than its rivals at lessening dependence on advertising: Consumer revenue sources are projected to yield more than 45% of total revenue for its magazine division (National Media Group / NMG) this fiscal.

After putting four Time Inc titles on the block in March – reportedly telling potential buyers that it expected to get $100 million for Time, Fortune and Money, and $150 million for Sports Illustrated – Meredith had yet to clinch deals by August’s end. But it said that it expects to sell the titles in “early” fiscal 2019 (which started July 1). Meredith has invested in overhauling long-declining Family Circle (to target it to moms with teens), and is said to be negotiating to buy Brides from Condé Nast.

It’s pushing to leverage its new scale – but also to deepen its audience engagement and pump up analytics – for video and multichannel advertiser offerings, and to enable magazine brands to become vehicles for marketing merchandise from Meredith and affiliates.

The big news at Hearst Magazines is, of course, a new president: Troy Young, formerly president of the digital division. Having wrought a major culture shift and essentially restructured the company to enable digital leaps forward and content sharing / cost streamlining – and having bested formidable competition for the presidency (including media darling / now-ex content chief Joanna Coles, who left Hearst when Young was promoted), we can assume that Young has been given Hearst’s nod to implement a very specific strategy.

A Digiday Q&A with Young provides the best-so-far insights into this strategy: “I think of us as a content company first, and having deep knowledge of the complexity of the digital side is really useful to evolve this business,” he said. When Digiday asked: Two-thirds of the profits at Hearst Magazines are still coming from print. How do you see that changing?," Young answered: "We don’t comment on profit breakdown, but digital profits are a hugely important part of our P&L. There are three components to our business – print, digital and service revenue. Digital profits will become more important… [but] print [is] really important to our brands broadly and the differentiation of the digital.” On how he might look to make print more efficient: "Unique [print] products are made in multiple countries all over the world. Elle is different in the UK than it is in the US. That’s in sharp contrast to most video or movie businesses that move product around the world and serves the product multiple times in multiple countries. There’s a fair bit of progress that’s been made about thinking about our product more efficiently. There’s lots of things we can learn about the right way to connect our print and digital franchises to be more efficient. But really what matters to me is the quality of the product… we should look at what are the best ways to connect our effectiveness across print and digital without giving up our success as a digital team…”

Things are, unfortunately, looking less rosy over at Condé Nast. The US division reportedly lost $120 million last year (on estimated revenue of $900 million), on top of 2016 losses reportedly as high as $100 million.

President Bob Sauerberg announced a strategy that includes cost-cutting via more rounds of staff cuts, as well as moves like renting out floors of its 1 World Trade Center HQ. The company, as InPublishing readers well know, is also merging the editorial staffs of the UK and US versions of Condé Nast Traveller. It’s also, of course, looking to raise money via the sale of Golf Digest and W, as well as Brides.

All of which is meant to fund Sauerberg’s redoubled emphasis on diversifying, with a goal of reducing advertising’s share of its total revenue from 70% to 50%.

Sauerberg told The Wall Street Journal that he’s focusing on key areas including video (where there’s been huge investment in the Condé Nast Entertainment division, for starters), data, B2B marketing and consulting services, and B2C consumer services “such as GQ Recommends, which provides advice on men’s fashion and other products and generates affiliate commissions.” Condé has “invested in creating a data platform, an events business, and scaling our digital business,” Sauerberg said.

He “expects revenue will decline in 2018, and that the business won’t be profitable” but that “Condé Nast will return to profitability in 2020.” Needless to say, a whole lot of people are hoping he can pull that off. 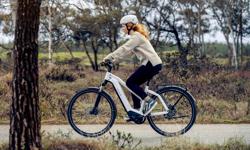 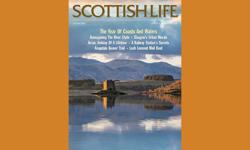 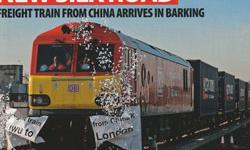 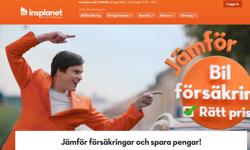 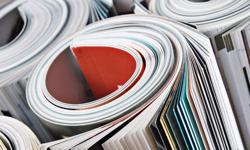 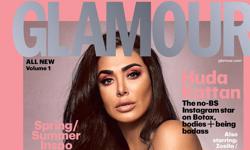 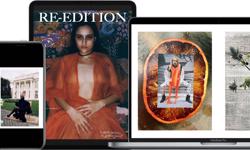 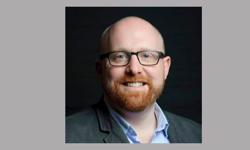