It was to be the end of digital publishing as we knew it. Business models would collapse, technology companies would hold us all to ransom and household names would disappear forever. They would all fall victim to the tyranny of a cold, unthinking and unbending new preference tick box. Or that was the ultimate fear.

The growth in ad blockers seemed unstoppable. Doomsday forecasts came thick and fast. Four out of five smartphones would be blocking ads by the end of 2017. Growth rates were well into double figures and rising. Publishers faced losing many billions of dollars in lost revenues. In time, they could lose it all.

What was once the preserve of a narrow group of technically literate and the very young would soon be employed by everyone to filter out those pesky advertisements while they could enjoy the result of the publisher’s hard work for zilch.

Publishers became angry. How dare these upstarts mess with their websites in this way. They became even angrier when the ad block developers started asking publishers to pay for the privilege of allowing their ads through on their own sites to their own visitors. It seemed tantamount to hostage taking or a protection racket: first they block the ads without the publisher’s permission; then they ask for money to unblock them.

Then there was the direct appeal approach – ask them to turn the blockers off and perhaps refuse access unless they do. After all, someone must pay and why should anyone get a free ride? It seemed drastic, perhaps even a little desperate, but did it work?

The latest ‘Ad Blocking Report’ by YouGov for the Internet Advertising Bureau, published earlier this year, shows the proportion of visitors using ad blockers is flattening out year-on-year at around 22%. Nearly one in five of those claiming to use an ad blocker seemed to do it with anti-virus software or they otherwise couldn’t cite a genuine ad blocker, so the true figure may be a bit lower still, says IAB, at nearer 18%.

George Hopkinson, the IAB’s senior research manager, explained there appear to be several reasons for this.

Firstly, he said, publishers are tending to serve better, less annoying advertisements that users can more easily accept. Yet while an intrusive advert may well be the trigger to install an ad blocker, it is not the only reason. No ads means faster download times and less clutter. While responsible advertising may not bother users too much, if they can remove it forever with a couple of clicks, most would. Many users don’t make the connection between the content and advertising. Some even assume that without the adverts there would be more content to read when we know the opposite is true. Even if they do make that connection, why not let someone else download the ads if they don’t have to? They are not without principles though; they just sometimes need a nudge to follow them.

Secondly, publishers denying access to users was cited by nearly a quarter of the survey’s respondents as the reason they switched their ad blocking off, said Hopkinson.

“The continued rise in ad blocking that some predicted simply hasn’t materialised,” said the IAB UK’s CEO Jon Mew. “A key reason is publishers denying access to content to ad blockers which, in effect, has created that ‘lightbulb’ moment for people who realise that they cannot access free content without seeing the advertising that funds it. The industry has worked hard on promoting this ‘value exchange’ and it’s paying off.”

However, there is also evidence it didn’t pay off. Online technology magazine The Stack last year took a look at the performance of a bunch of high profile media sites that had blocked ad blockers and found they had all suffered declining visitor numbers. Perhaps they would have lost those visitors anyway, or perhaps the visitors they lost were not worth much to them as long as they refused advertising, but many of the sites that were blocking ad blockers are no longer doing so.

However, that ‘lightbulb moment’ could be switched on by messages just politely reminding readers of the ‘value exchange’ relationship and encouraging, rather than forcing, them to switch off their ad blockers. It may just be the nudge they need and could even make readers feel good about being so magnanimous.

Thirdly, people are doing more of their browsing on mobile devices, fewer of which have ad blockers installed. Apple’s decision to allow third party ad blockers on iOS9 was seen as a watershed moment last year. One forecast predicted ad blockers running on four out of five smartphones by the end of 2017. It’s got a long way to go from 16% at the end of 2016 for that to hold true.

Yet the battle has only just begun because it’s still early in the development of the ad block technology, techniques, business and relationship with the web browsers.

So far, ad blockers have worked in a fairly straightforward way, stopping communications to known ad servers or hiding certain html elements that look like advertising.

Advertising that’s in the editorial flow of the content management system can get past ad blockers, even sometimes when it has ‘ADVERTISEMENT’ emblazoned across the top. That won’t last for long.

Native advertising that’s responsibly labelled as advertising, promotion, sponsored or whatever will be easy to block. Ad Block’s blog has had an entry demonstrating how it can block native advertising for some time. Even if publishers avoid those labels so it appears just like editorial content, the ad blockers could develop in the future to identify adverts or sponsored content ‘hiding’ in the CMS by looking, for example, at the style of language. If humans can do it, why not machines? It’s another level of sophistication from today’s ad blockers but it’s inevitable if the consumer demand is there. If artificial intelligence can beat humans at chess, detect fraud or drive a car, then it should be easy for it to pick out an advert from a website from the way it is phrased or the messages it contains. The technology giants have the data as well as the techniques. Google, for example, knows more about how we use language than anyone else in the world. They are the world’s language and linguistics experts.

There are other good reasons to follow the native advertising model but it may well turn out to be a temporary way to sneak around the ad blockers.

The really scary prospect for publishers has long been ad blockers built into web browsers and switched on by default. Imagine how that could work. Sure, users would get the chance to adjust the settings in their ad blocker and may well be asked at setup. But, let’s face it, most people are just going to tick the box to block all advertising if they can, including native advertising.

Web browsers have now announced plans to build in ad blockers but in such a way that it won’t be the scenario publishers most feared. Google says it will build an ad blocker into its Chrome web browser from early next year – and it will be switched on by default. However, it says it won’t be set to block all ads – just the annoying ones like flashing ads, those with audio set to autoplay or interstitials with countdowns. It will block those ads that don’t meet the standards set by the Coalition for Better Ads, which counts Facebook and Google itself among its members as well as the Internet Advertising Bureau.

Indeed, IAB CEO Jon Mew commented: “We at the IAB UK warmly welcome any industry change that promotes better digital advertising with a view to making a better consumer experience. Google's move quickly puts weight behind the stance set by the Coalition for Better Ads following the release of their better ads standards.”

Publishers may well have reservations though. On the one hand, it will stop those annoying ads that lead consumers to switch on the ad blockers that block everything in the first place. On the other hand, Google competes with the publishers for advertising and this development hands it more power over how users see publishers’ sites – and potentially a portion of the publishers’ ad revenues. We’ll have to wait and see how it’s implemented.

Google has 60% of the browser market and it has its own interest in allowing ads through its browsers. Less so its competitors like Safari which has also announced a crackdown on annoying ads like autoplaying videos.

Publishers will never win a war with the ad blockers. The technology will triumph as long as there’s a demand for it – but publishers can help to remove that demand.

“Despite the stall in ad blocking, it’s vital the industry doesn’t take its foot off the pedal in working to provide people with a better, lighter and more considerate online advertising experience which will discourage them from blocking ads altogether,” said Mew.

That’s all true but it’s not enough. Publishers will have to continue to persuade readers to turn off their blockers. If readers want the editorial enough, they will put up with some responsible advertising. The love of good editorial outweighs the dislike of advertising. But that’s somewhat obvious – it’s why we have the advertising supported model in the first place, be it for websites or printed magazines.

Media sales: Search for the ‘why’ 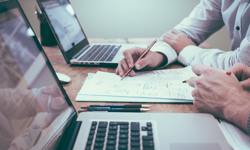 When you have right on your side