In April 2010, magazine publishers around the world rejoiced as the iPad was released, hoping that the saviour of a declining industry had been born. After all, the Kindle had provided a migration vehicle for digital natives, with ebooks contributing to an increase in the total number of books sold. In August 2014, the ABC printed the infographic below. Digital consumer magazine growth looks healthy, right? Well, maybe not.

There are a number of factors driving the chart which tell a slightly different story.

In the Jan-June 2011 figures, only sixteen titles audited their digital editions. At that point, Men’s Health and Hello! led the pack reporting 1,746 and 1,165 sales respectively. Over the same period in 2014, the number of titles auditing had grown to 99 and those two titles were selling 10,360 and 6,596. The chart looks promising: a market growth of over 4,000% and average title sales growing from 552 to 3,727, an increase of 575%. The years 2011 to 2013 certainly seemed to promise a brave new world and publishers throughout the land started to focus on getting their titles onto the iPad.

But things are starting to look less rosy.

For a start, the growth, barely in its infancy, has slowed to only 25% between 2013 and 2014. Even more alarming is that the growth of almost 75,000 plugged only around 7.5% of the loss in total print sales for the same period.

The table lists the largest digital editions in the Jan/June 2014 period: The Economist via its European, Asian and UK editions, Total Film, Top Gear, Empire, Slimming World, GQ, BBC History and BBC Good Food Magazines. As the new ABCs were released recently, I decided to focus on those same titles to try to understand where the market for digital publications might be going.

Total Film and Empire are already seeing a decline in their digital circulations. Total Film had over 14,000 sales in the first half of 2014 but has seen a decline of 18% in the latest audit whilst print increased slightly by 1.2%. The digital contribution to total sales has actually declined from 23% to 19%. Empire, having only published the past two periods of data, has dropped its digital circulation by 11%, an even greater decline than its print version. In fact, both titles dropped outside the top ten digital editions in the latest ABC numbers, now sitting at 12th and 13th.

BBC Good Food, one of the early pioneers in the digital magazine market has also seen a sales decline over the past two periods and is selling the same number of digital issues as it was two years ago at 10,757. Even the Christmas season didn’t see the sales uplift which benefitted the print title and it too dropped out of the top ten into 14th place, no longer holding its position as the top selling female digital magazine. Its contribution to total magazine sales has declined from 4.6% at its peak to 4.3% which is incidentally one of the lowest shares on the list. BBC Good Food has one of the most successful websites of the group and BBC Worldwide announced that the site had reached 18m UUs in July last year, up 8m year-on-year and, as a free provider of every recipe ever printed, is potentially a problematic sibling for the magazine team.

Slimming World has only audited two periods but is now the highest selling female focused digital magazine, taking that crown from BBC Good Food. At only 2.34% of total circulation, the digital edition is the lowest digital contributor on the list and shows the capacity for growth in future, especially as its audience migrates to becoming tablet owners and it invests more heavily in interactive features. It is the only PDF replica on the list (besides BBC History, but more on that later). If Slimming World focuses on its product and marketing, it could be one to watch.

Both GQ and Top Gear have been showing slow but steady growth over the previous couple of years and both contribute around 10% to the total circulation. However, both of these titles epitomise how little digital growth is doing to stem print decline. In the past two years, Top Gear has dropped 20,000 off its average print reach and gained only 8,500 digital buyers in the same period. That’s healthier than the GQ decline where a loss of 7,500 sales has only been rewarded with 730 additional digital readers, a 90% gap between print loss and digital gain over two years.

The Economist to the rescue?

The Economist looks as if it can put no foot wrong digitally and the UK edition is now the biggest selling title in the UK digital magazine market at a staggering 50,000 sales, an increase of 130% on the last audited numbers. Not bad for a weekly title. Even more interesting, its Asian and European editions also dominate, giving The Economist the top three places for digital magazines in the latest ABCs. And the statistics just keep getting better: the UK and Asian digital products now account for around 20% of total circulation and its print decline is more than being matched by its digital growth. Publishers take note: could The Economist be paving the way for a halt to decline? Could their early adopter demographic be an indication of things to come? In terms of circulation, possibly, though being able to expense the title does give it a bit of an edge. However, slow down there; it’s not necessarily as exciting as it first appears.

Almost 17%, 37,500 of The Economist’s total sales are bundled subscriptions; this means that for only £29 per year extra, a reader can have both print and digital - for the purposes of simplification, that’s 55p per issue going to the digital edition for print first subscribers. The publisher does however charge the same price as print for a digital-only subscription. However there’s only 3,500 of them: 45,276 of its 49,730 digital subscribers pay somewhere between 50% BAR and full price. That’s 91% of its total digital readership versus 64% of its print audience.

We have a similar story on the BBC History Magazine numbers. A heavyweight in terms of its digital footprint against print with 16.5% of its total circulation accounted for by digital sales at just over 15,000 digital readers. Digital growth has been quite rigorous over the past two years at 135%, a doubling of its digital contribution. However, almost its entire digital audience is paying less than 100% cover price, largely driven by its Kindle sales as a text heavy version where it retails at only £3.49 compared to a BAR of £4.60. Take Amazon’s 30% and the publisher is seeing a return of £2.44, almost half of the cover price having gone.

It’s a worrying picture on two levels: slow rate of growth and pricing.

If we do believe that digital must grow to plug the gap left by print decline, then we need to calculate now for the event of a 100% migration and ensure current margins could still maintain such great products. Bundling also makes sense for a consumer who feels they have paid once for a product and should be able to consume regardless of which platform they are on, however, the book industry has managed to keep that challenge at bay. On top of that, there may be a potential 20% VAT bill should the law change in the UK on VAT and digital magazines.

What should concern us most is that these titles are the big players; smaller publishers are having an even more torrid time and whilst online continues to fail to bring in revenues to cover costs, the future is still looking bleak. As The Times posts its first profit in thirteen years, discussions will continue this year about the paywall because right now, we’re still an industry without the answers.

So where can we lay the blame for the failure of digital editions in setting our worlds alight? I believe that there are a number of factors at play.

As the digital audience are getting their content free all over the web, it’s interesting that the expensable titles are the ones doing so well. Curated content is worth paying for and the magazine experience, where it is rich, innovative and engages its audience should still command a premium. However those brands that offer that same rich (some might even say, ‘richer’) experience free on websites or play in the same space as increasingly sophisticated free content marketing titles, might find their share starting to drop. The paywall still offers some rich fodder for debate.

Secondly, magazines are finding themselves launching into black holes. App store discoverability has become a shambles and the algorithm is heavily tipped against monthly magazine titles.

Added to that discoverability challenge is the levelled playing field of becoming a publisher in the digital age. Brands are launching into the UK where they would never have had the distribution network to have done so previously; new digital only titles have covered the digital newsstands and the free titles are as visible as the paid. There is no distribution mafia to protect the traditional titles and this has increased competition beyond what would ever have been possible in the print age.

Finally, the industry is uncoordinated and chaotic. Every publisher has carved their own digital magazine path and continues to do so. There is no trade representation forcing Apple to support the industry with much needed tools and services or forming a technical standard for publishing. No one is sharing the data of when magazine apps sell and who to or how such information might help sell more magazines or maintain subscriptions. And where someone might be helping the industry create standards in advertising to grow revenues even further, there is only a big hole. It’s a shame.

Let’s hope Mark Zuckerberg declares 2016 the year of the magazine. Digital or print… 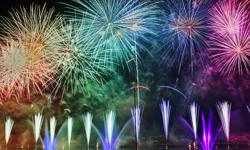 Jack Whitehall to host GQ Men of The Year Awards 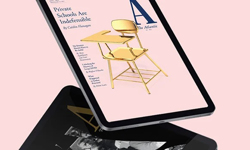 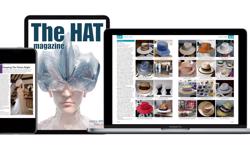 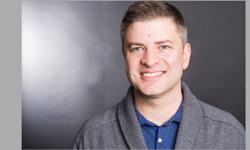 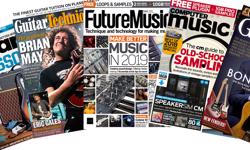 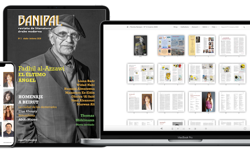 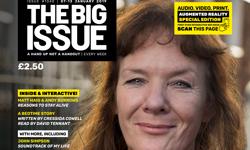 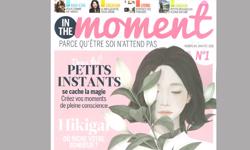 In The Moment launches in France and Portugal