Today more than ever, there is a need for well-informed journalism to help make sense of fast-paced change and worrying events around the globe. It may be 175 years old and have been blessed with a rather dry name, but The Economist hopes that in these uncertain times, “globally curious” readers across the English-speaking world and beyond will turn to it for analysis of the news.

In the year to 2018, The Economist Group recorded an operating profit of £47m on revenues of £367m – an all-time high in revenues, but slight decline of 2% in profit. Of these revenues, £221m came from subscriptions and circulation, highlighting the importance to the group of focusing on increasing its readership.

Marina Haydn, managing director, global circulation at The Economist, explains the group is firmly focused on increasing circulation as the main driver of revenues. She says: “We see readership of The Economist as being the primary revenue driver because of the close relationship that our readers have with us and the sustainability of that revenue stream. It’s very clear to the industry that the advertising model has changed and has become less of a factor on the revenue side due to structural changes and we decided to pivot to a readership focus.” She is careful to add, however, that: “There are many positives on the media side. The Economist is not saying ‘no’ to advertising.”

Does The Economist have an image problem? “With people who know The Economist, absolutely not,” says Haydn. “Our name is not indicative of the breadth of journalism that we provide and that has been a challenge over the last four to five years to ensure that our marketing is underlining the breadth of our content.” She insists: “We are an ongoing advocate for positive change. We can be a smart and helpful guide to the forces that are shaping people’s future; be that place where someone can come for a distilled interpretation of the week’s events.”

Three years ago, the group’s board set a goal of higher circulation and instigated a marketing push to achieve this. The result has been to increase the number of new subscribers by 18%. When existing subscribers leaving are taken into account, this amounts to an increase of 36,000 subscribers in the past year to a total of just over 1.1m full-price subscribers, with a worldwide print and digital circulation of 1.4m.

This rise in subscriptions comes despite a 20% increase in the magazine’s cover price introduced two years ago and has seen revenue per copy increase by 10%. However, the cost of acquiring these new subscribers has also risen by an average of 22%. As the outgoing chairman Rupert Pennant-Rea states in the 2018 annual report: “For the circulation strategy to succeed in the long term, this cost must be tightly controlled.”

So how is Haydn, an Austrian based in Geneva alongside The Economist’s finance team, going about increasing circulation whilst reining in costs? Digital marketing is at the heart of her strategy. The Economist has a well-established paywall which allows registered readers to access three articles for free each month before they must subscribe. The trick then is to convert these registered readers into subscribers. Registered readers receive daily and weekly email updates from The Economist, which act as a spur for them to become paid subscribers, with an introductory offer of 12 weeks for £12.

Haydn says: “We are growing digital subscriptions at 25% and we are now moving towards a print / digital split of 69% print / 31% digital.” But she points out that what this figure does not show is “that the majority of our consumers choose premium bundles, so 75% of our readers have a digital component [to their subscription package] and only 25% are pure print or digital”. She adds: “The majority of our consumers like reading both, with digital growth fastest.” In terms of cost control, she says: “We are ensuring overall efficiency is increased by using data insight tools and ensuring that every pound we spend is delivering a lifetime value.”

The group has worked hard to improve the digital experience for readers, recently launching a new app, which together with the main weekly edition offers a daily selection of articles from The Economist’s print and digital output including news articles, blog posts and features from the standalone 1843 magazine. The new app also introduces readers to the audio edition and the daily app Espresso. “Our ambition through this app is to provide more of a native mobile experience,” says Haydn.

The Economist has identified its key target demographic as “the globally curious”. Haydn says: “These are people who are interested in the world around them; they have high levels of education and are profoundly interested in travel, education and the arts. There are 132m globally curious individuals in the world and 72m of them are English language speakers. Of those 72m who have the psychographic features to be interested in The Economist, there’s clearly room for growth.”

She adds: “The US, the UK and Australia are our three key growth markets which we are really focusing on to grow our readership.” Perhaps unsurprisingly, in the US, The Economist has seen its best results in urban areas such as New York, Washington DC and Chicago.

Social media is a crucial marketing tool. The Economist’s social media reach is now 55.6m, up 24% year on year. The title has embraced Snapchat Discover and Instagram Stories, with projects such as “Puteen” featuring interviews with Russian teenagers. “Snapchat Discover and other formats are about developing this next generation of readers. We want to be speaking to the younger audience and engaging with them in a way that’s new to them,” says Haydn. She adds: “We see social media as being the best form of brand marketing in the digital marketing age and a key vehicle for us.”

At the other end of the spectrum, The Economist has created fun experiential marketing campaigns. Its #feedingthefuture campaign saw food trucks in New York, London and Sydney handing out burgers and tacos made from man-made meat as part of “Fast Forward Food”, while “Waste Not, Want Not” offered smoothies to passers-by in San Francisco made from produce that would otherwise have been thrown away. Another project gave away ice-cream and crepes topped with insects to show these are an alternative source of protein. Haydn says: “We have built out an extensive experiential marketing team in the US, Australia and the UK, engaging with people on the street, delivering experiences which are surprising. That’s been a very successful field, bringing in more than 100,000 subscribers over three years.”

Events is another way in which The Economist is targeting a new generation of readers, actively partnering with universities to attract more students to the magazine. Haydn says: “We launched an event series around the future of work to reach and engage millennials in the UK and Germany and found we had great interaction with the audience. The only unfortunate learning was that the students who were most keen to attend were already avid readers, so from that perspective, we used it as satisfaction engagement.”

She adds: “We are making sure to cover topics that are really important to a generation that is forward looking: a discussion on open markets, why the world should adopt the basic income or the future drug market. That type of content will pique the interest of the younger generation who are concerned about these things.”

As well as younger readers, the group is keen to attract more female readers. The title has not been as successful in converting women into paying subscribers. Only 25% of the paid readership is female and those women who do subscribe are less likely to stay with the magazine. Haydn recently led a research project entitled, “The World When” to explore why this is the case and analyse what can be done about it. She sees encouraging female readers as vital to increasing circulation, admitting that The Economist has been missing a huge group of potential subscribers. Aside from the strong business case, she believes that it is simply “the right thing to do”. The project group found that The Economist’s marketing around being “authoritative” was not resounding with women, who potentially saw it as “haughty”. As a result, the brand has shifted its tone and way of communicating to put itself on an equal footing with the reader by talking about concepts such as “trust” and “helping the reader to make sense of the world”. Since they introduced this nuance in approach, they have seen new female subscribers increase at double the rate of new male subscribers.

This year, to mark its 175th birthday, The Economist launched “Open Future”, which it describes as “A global conversation on the role of markets, technology and freedom in the 21st century”, with articles, videos and online debates about the future of the liberal values on which the magazine was founded, in an age of populism, culminating in a festival in September taking place simultaneously in Hong Kong, London and New York. “We are making the case for the newspaper’s founding principles,” says Haydn. “We’re creating a conversation across digital and real-life platforms, speaking to a new type of reader and bringing them on board.”

According to Haydn, The Economist is still doing exactly what it set out to do in 1843 – championing liberal values, promoting open societies, challenging special interests and reaching conclusions on the basis of cold, hard facts. It is the way in which it is doing this that has changed. She says: “Our core product has stayed largely the same; everything around it is full of innovation and creativity and that’s the key to our success.” 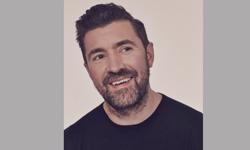 Matt Phare to take on expanded role at Shortlist 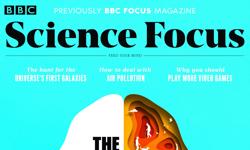 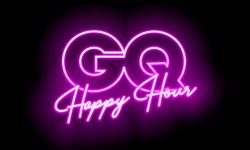 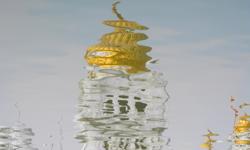 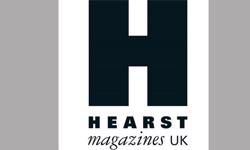 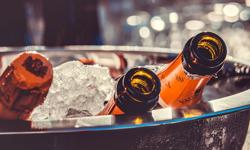 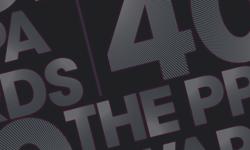 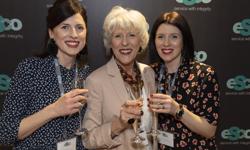